The Museum of Innocence (Orhan Pamuk)

“She looked out the window ; in her eyes was the light that you see only in children arriving at a new place, or in young people still open to new influences, still curious about the world because they have not yet been scarred by life.”
– Orhan Pamuk
Public and participative discussion on the Istanbul romance of The Museum of Innocence (2008) by Orhan Pamuk. 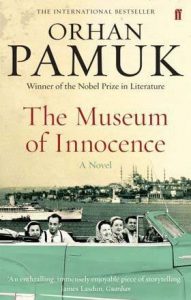 You may purchase a copy here or download the eBook here.
@ Coffee Home, near CP, Delhi
Saturday 24 June, 6:30 pm